11 Enigmatic Photos That Hide Exciting Stories Behind Them

Come closer, there are some amusing pictures for you that hide more than just a moment. Some of life’s situations just needed to be revealed. In this article, you can find pictures that have an interesting story behind them.

We at BoredFeed love enigmas and new stories. Here you can find 11 photos that hide a small secret.

1. Tonya Harding and the broken lace

Tonya Harding is a former well-known American figure skater and retired boxer. Her career was scandalous. In the middle of her free skate routine at the Winter Olympics in 1994, she stopped and began to cry. The moment that you see in pictures was her telling the judges that her laces had broken and the replacements were too short.

2. Johnson’s quick succession as president on Air Force One after Kennedy’s assassination

Johnson was quickly sworn in as president just 2 hours and 8 minutes after John F. Kennedy was assassinated. In the rush, the bible was not on hand, so Johnson took an oath of office using a Roman Catholic missal from President Kennedy’s desk.

This picture is not just remarkable because it’s an important moment in history, but because it’s full of emotion and drama. Jacqueline Kennedy continued serving the state and is still in her legendary blood-soaked Chanel suit in the picture. 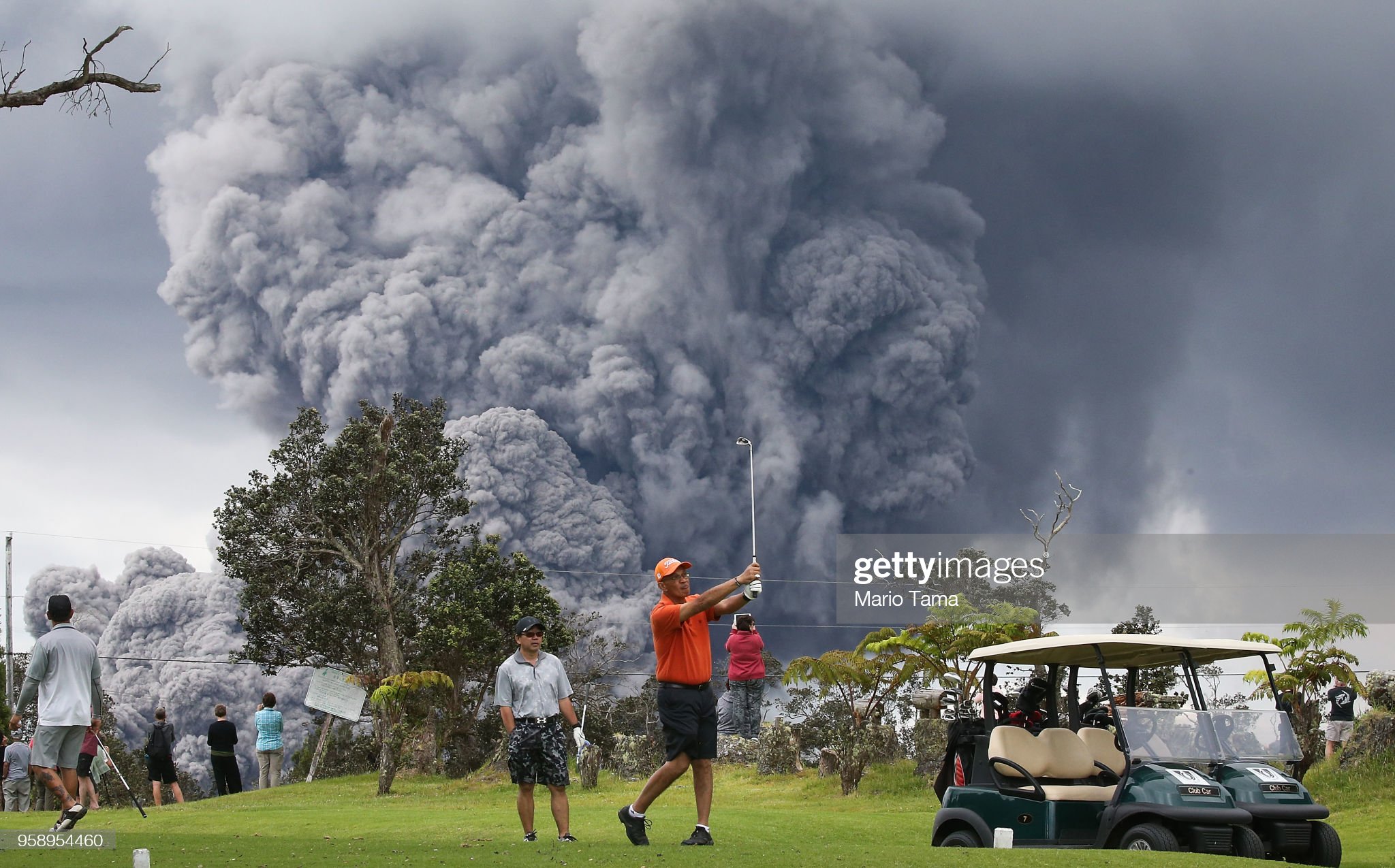 In 2018, the Kilauea Volcano started to erupt. Photographer Mario Tama heard that a golf course had a good viewpoint. It was such a big surprise to him how unfazed the golfers were, but to people who live in Hawaii, these events are a part of life.

A man who was traveling by plane noticed a passenger nearby who was reading a newspaper. The most curious thing about it was the text after the title wasn’t legible. Along with the picture, he wrote, “What is going on with this newspaper page a man was reading on my flight?”

He posted this picture on Reddit and one of the users commented that it looked like an advertisement for an industrial art exhibit called “Open Codes Living in Digital Worlds”. 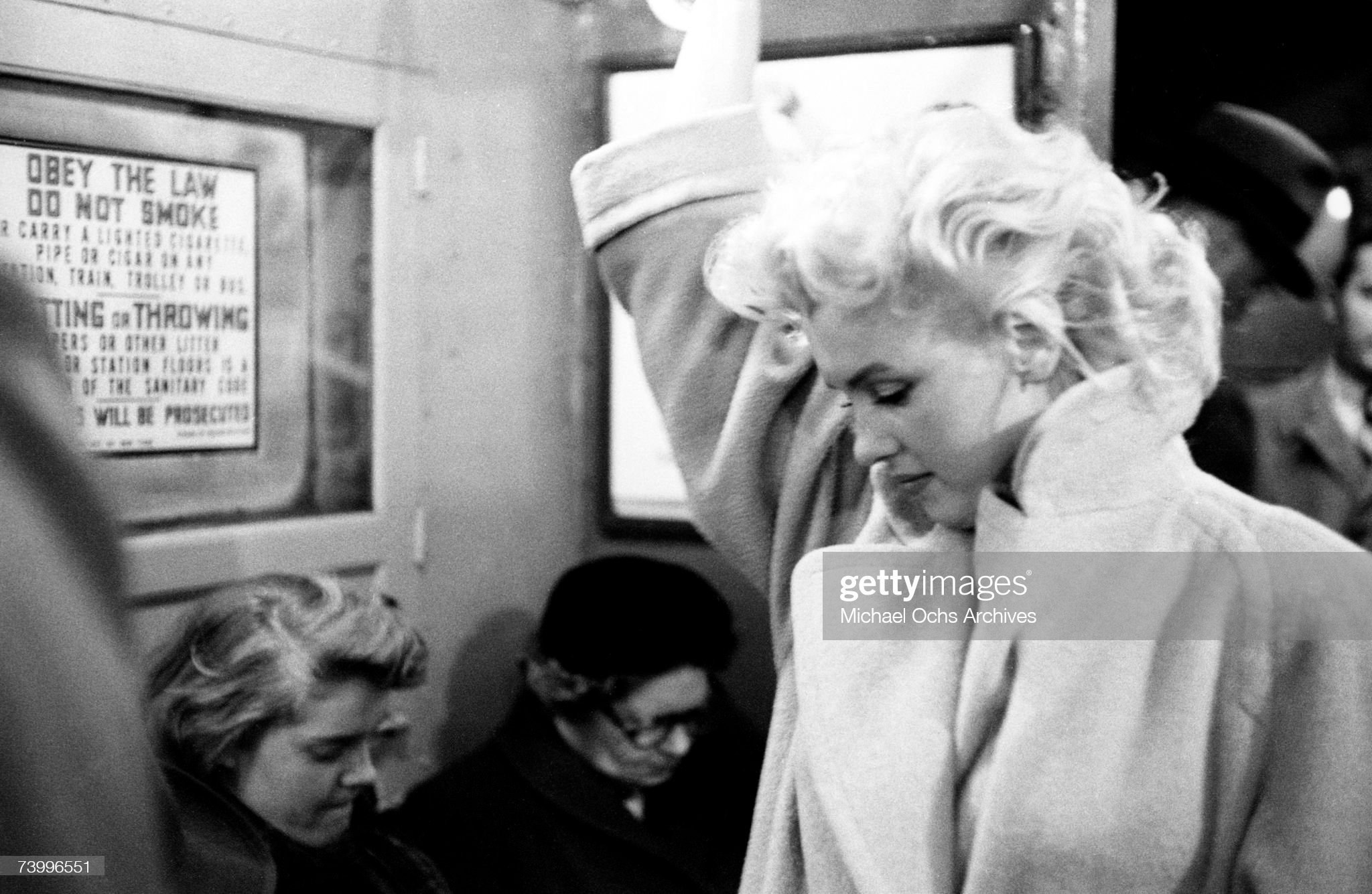 This was a special project for Redbook magazine about “the real Marilyn Monroe.” For one week, photographer Ed Feingersh followed Monroe through her daily routine everywhere in New York, taking photos the whole time. It was a story of the real person, not just an image of a “beautiful blonde”.

6. Secrets of Buckingham Palace: abdicating the throne for love

The couple that you see above is not a simple one. It’s Edward III who was King of the United Kingdom, and his wife, Wallis Simpson. He fell in love with her and wanted to get married, but the ministers were against it.

Edward had 3 options: give up the idea of marriage, marry against his ministers’ wishes, or abdicate. He chose love instead of the throne. “I have found it impossible to carry the heavy burden of responsibility and to discharge my duties as King as I would wish to do without the help and support of the woman I love,” he stated.

7. An endless line in McDonald’s 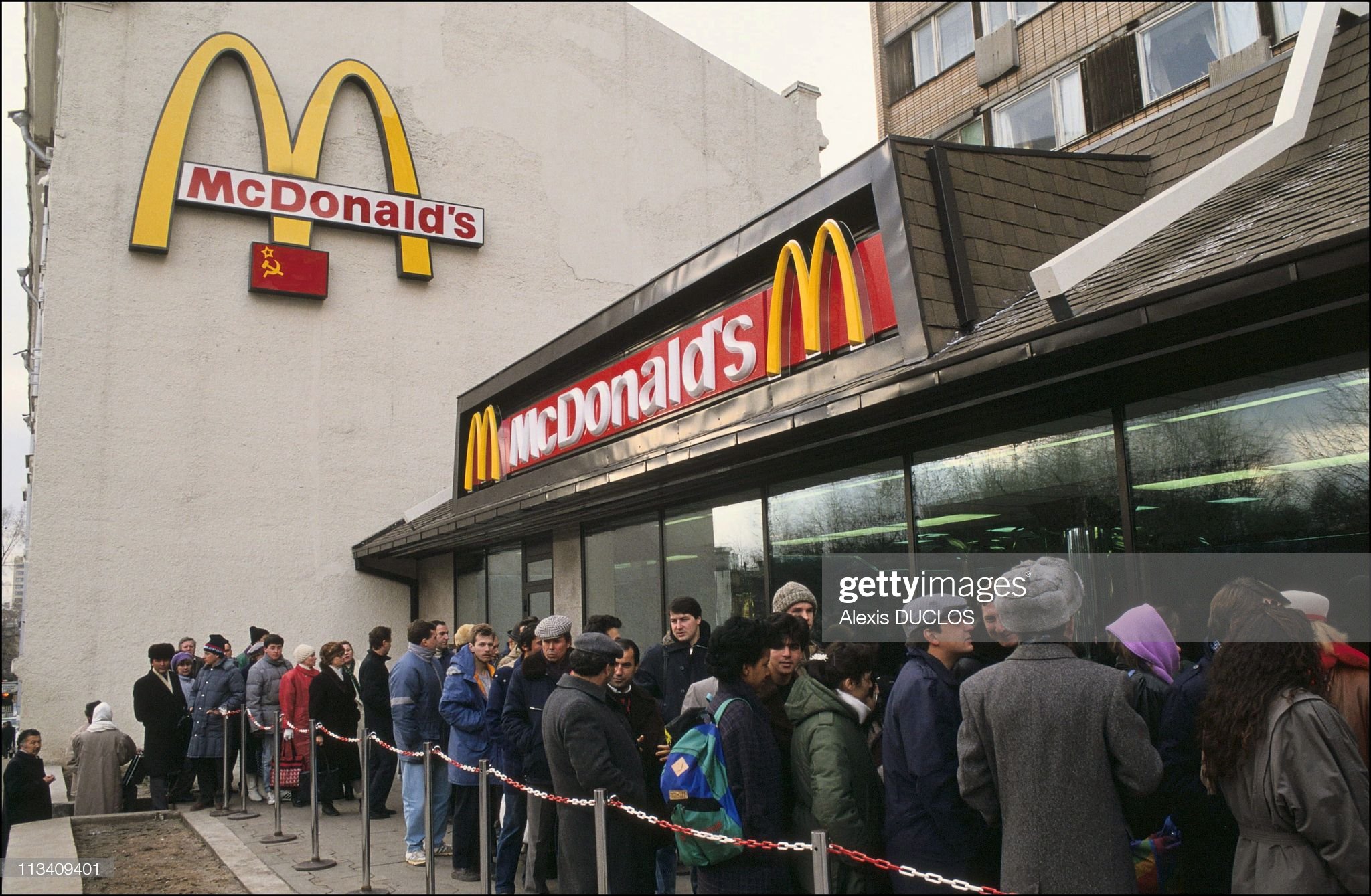 No, it’s not an Apple store during the release of a new iPhone. There’s no sale. It’s the economic crisis in Moscow in 1990. The public came to taste something new during the opening of the first McDonald’s.

It became a real sensation for the USSR! To get inside Mcdonald’s it was necessary to stand for several hours in line. On opening day, 30,000 visitors came to the restaurant. It was a record for the McDonald’s franchise! 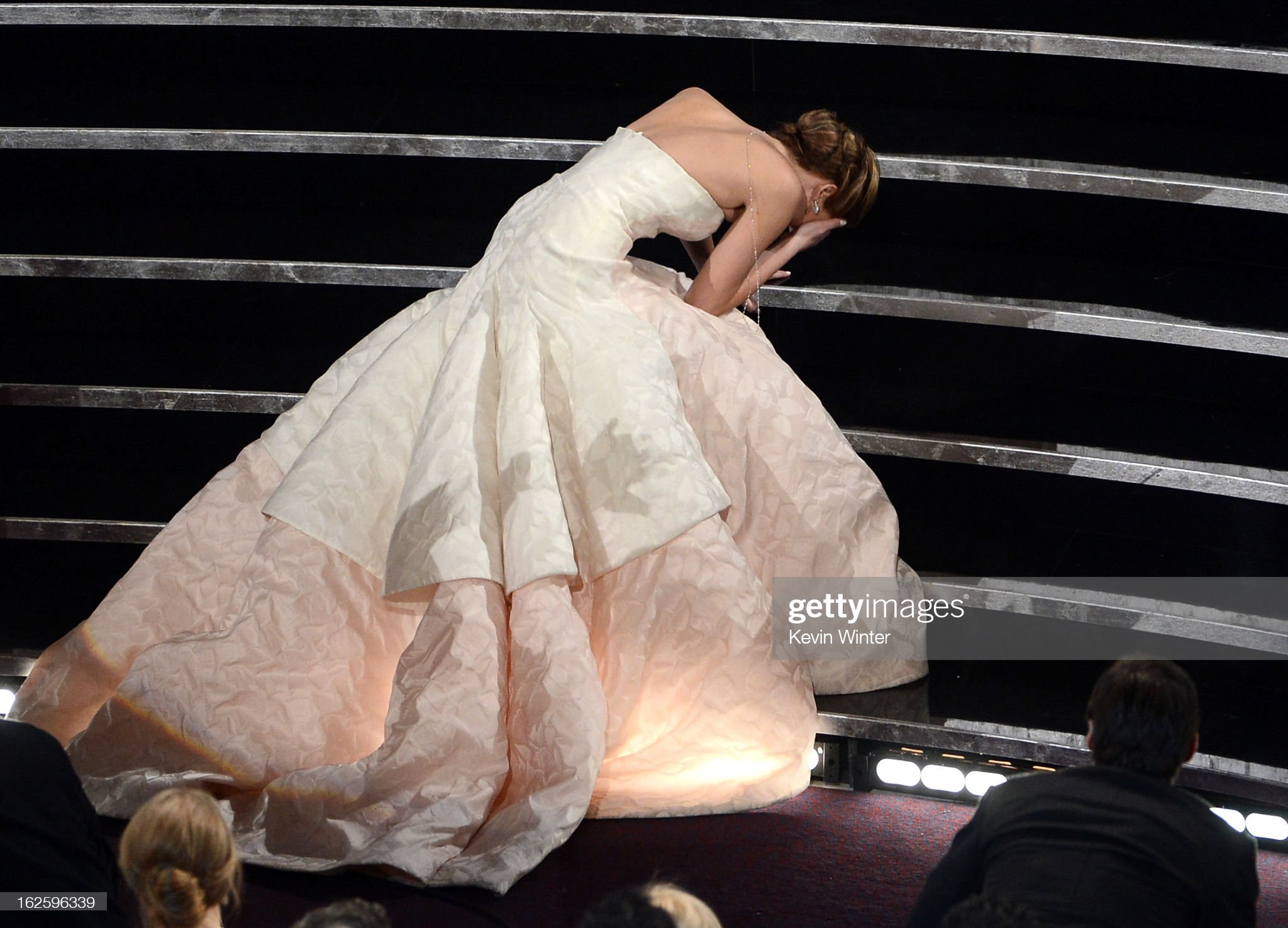 It was the 85th Annual Academy Awards and actress Jennifer Lawrence got an Oscar just after tripping on the stairs leading to the stage. After some time in an interview, she opened up about the reason why it happened: “I kept thinking, cakewalk, cakewalk, cakewalk.”

But then she thought about why “cakewalk” had just stuck in her head and while walking up the stairs the fabric from the dress tucked under her feet. At this moment she realized her stylist had told her “kick, walk, kick, walk.”

9. Salvador Dalí and the 3 flying cats

American photographer Philippe Halsman met surrealist artist Salvador Dalí in New York City in 1941 and they started to collaborate. Later they came up with an idea to make a picture on a base with the work, Leda Atomica.

Halsman said that it took 28 attempts to succeed and be satisfied with the result. The picture was called Dali Atomicus and became an early example of the practice Halsman called, “jumpology”.

In January 2005, the Ukrainian capital became the point of the movement’s campaign of civil resistance. This was one of the protests. A Ukrainian woman started to place flowers into the shields of anti-riot policemen.

11. The milkman and chaos all around 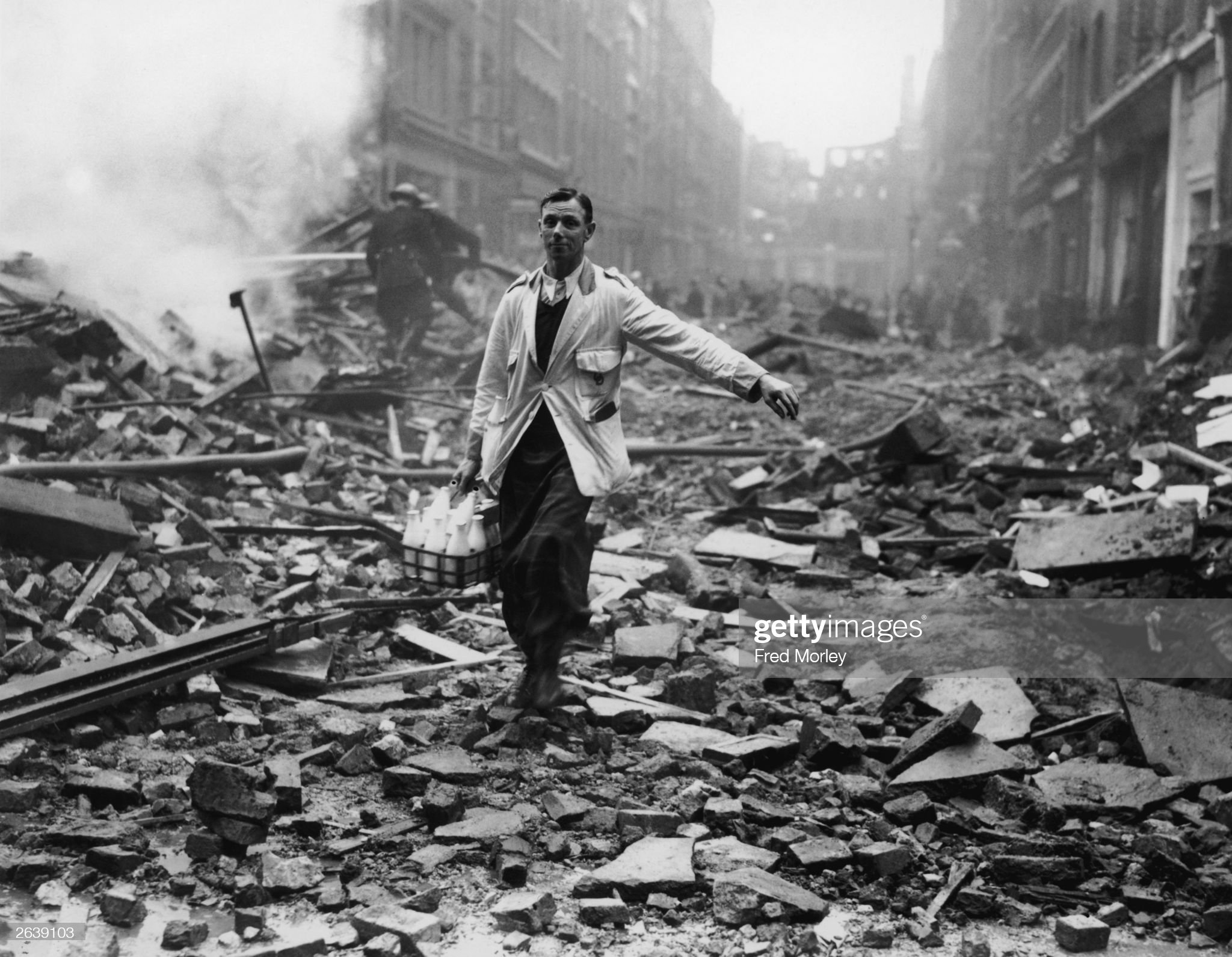 When we look at this picture now, it may seem weird that a happy milkman is going somewhere while there are ruins everywhere. But at that time during World War II, it was a part of daily life. The photo was taken by photographer Fred Morley and represents the fighting spirit of Great Britain in 1940. The milkman simply goes about with his daily business among the rubble in London.

Which photo did you like the most? Do you have a picture of your own that holds a small secret?